New things just keep popping up, even after more than 150 years. I recently discovered a new $5.00 note on the Forest City Bank of Cleveland which features a completely different portrait than we had ever seen before; that of Thomas Jefferson. All of the previously seen notes on the bank (primarily proofs), featured the portrait of a man whose identity, ironically, is still unknown. We have always assumed that it was someone associated with the bank or perhaps a local notable.

From a close inspection of the note (found on eBay of all places) it's clear that it's the real deal. No alterations or other mischevious doctorings. Clearly, there was simply a change of mind by the bank whose reasons still remain unknown.

As is often the case with obsoletes, the questions unanswered seem to always outpace the number that are answered 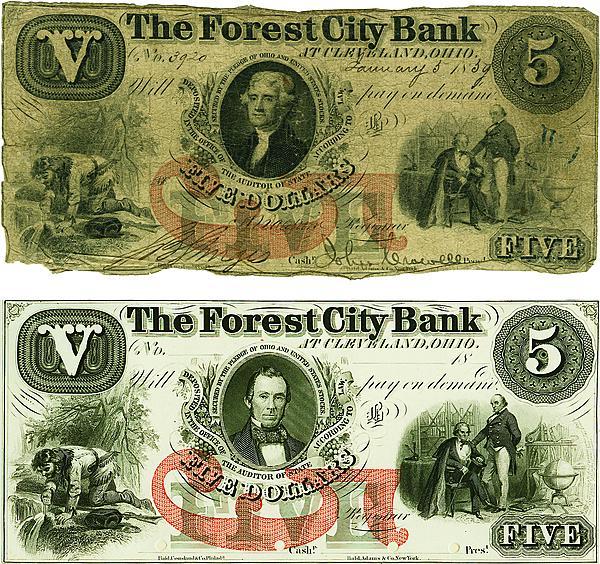