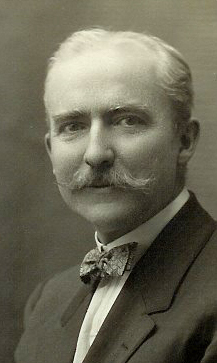 Dr. Daniel Webster Valentine began collecting while working as a clerk in his father's general store in Englewood, NJ.  He joined the New York Numismatic Club shortly after it was formed and was appointed as chairman of the paper money and publications committee in 1913.  The committee was charged with developing a comprehensive list of postage and fractional currency.

In addition to his extensive collection, Dr. Valentine was offered access to the collections of other NYNC members.  Following many years of research, his comprehensive book titled 'Fractional Currency of the United States Postage' was published in 1924 with the help of  Frederic C. C. Boyd.  During this time Dr. Valentine also served as President of NYNC on two separate years: 1918 and 1920.

In addition to his other extensive collections, Dr. Valentine also had perhaps the largest, most extensive holding of U.S. Half Dimes.  In 1927 Thomas Elder sold all but his half dime collection at public auction.   At this point Dr. Valentine began working on his next publication, which was released in 1931 by the American Numismatic Society as a part of their series of Numismatic Notes and Monographs.  It was No. 48 and titled "The United States Half Dime".  It was the most complete work on this subject, covering over 257 patterns and varieties from his extensive collection.  Shortly after his work was published, Dr. Valentine passed away.