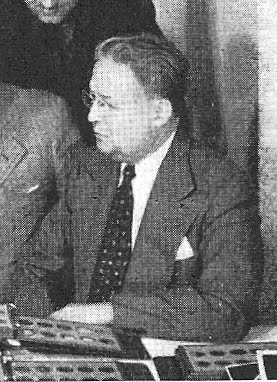 F. C.C. Boyd was born in New York City on April 4 or 10, 1886 and died on September 7, 1958. He is primarily known to the numismatic world today through the sales of the John J. Ford Collection, the latter having acquired many numismatic items from Boyd. His numismatic interests were far reaching, from colonials to odd and curious, as well as political ribbons. He was active in the numismatic community and became member # 1594 of the ANA in July, 1912 as well as a fellow and resident member of the ANS on Jan. 17, 1914. He joined the New York Cooin Club in July 1914 and held many offices including President in 1916. He was prominent on the NYCC paper money committee that resulted in his publication in 1924 of Daniel Valentine's reference book on fractional currency. In 1945 and 1946, Abe Kosoff and his Numismatic Gallery sold portions of the Boyd Collection under the non de plume "World's Greatest Collection." Among the coins owned by Boyd and his wife Helen, was a 1933 Saint-Gaudens double eagle, which was proudly displayed at two or more ANA conventions.