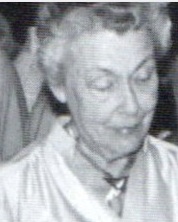 Ms. Hill was an American numismatist who specialized in the collection of historical banknotes from around the world. Referred to as the "Grand Old Lady of Paper Money Collecting in North America” by many collectors, she was well-regarded not only for her extensive numismatic holdings but also for her trailblazing efforts as a woman in a male-dominated field. Hill was a collector of bank notes and one of the foremost researchers of paper currency, and was a highly active member of the numismatic community from the 1950s until her death. By the time of her death, her bank note collection was considered one of the rarest and most extensive in the world.