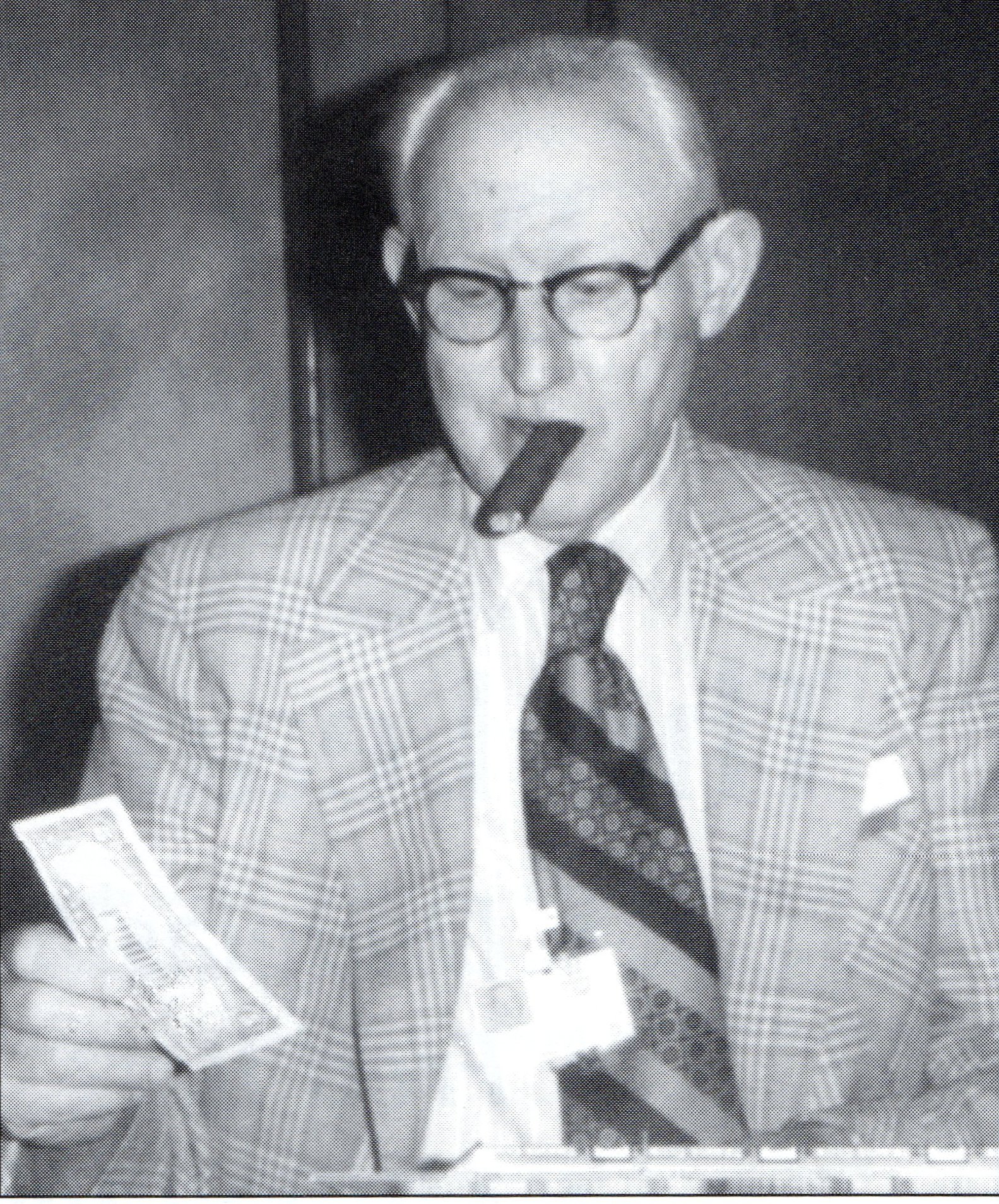 Tom Bain was a founding member of the Society of Paper Money Collectors. He held SPMC membership #112 and Honorary Life Membership #3. He was the second SPMC president from 1963-65.  He also served as second VP from 1961-1963, governor from 1964-1982 and served on the awards and nominating committees. He received an SPMC's president's award in 1969 and the Nathan Gold Memorial award in 1981. In the years before the society's banquet/breakfast was established at the International Paper Money Show at Memphis, it was held at the American Numismatic Association's annual convention.  Tom hit upon the idea to hold a raffle of donated items to help out our society's bank account.  The raffle produced a small profit at the 1964 convention in Cleveland.  The next year at the 1965 ANA convention in Houston, Tom brought Dallas dealer Mike Brownlee into the fold.  Brownlee donated several Texas notes for the raffle which helped increase the SPMC coffers.  The gathering at the 1966 banquet in Chicago saw a net profit of $86.  The 1967 Miami luncheon saw a loss, but the succeeding years produced profits such as $111 in 1971, $252 in 1972, and other increases throughout the decade.  Tom's last eponymous raffle was during the St. Louis ANA convention in 1979 with the lucky winners in total taking home over $3,000 in prizes.