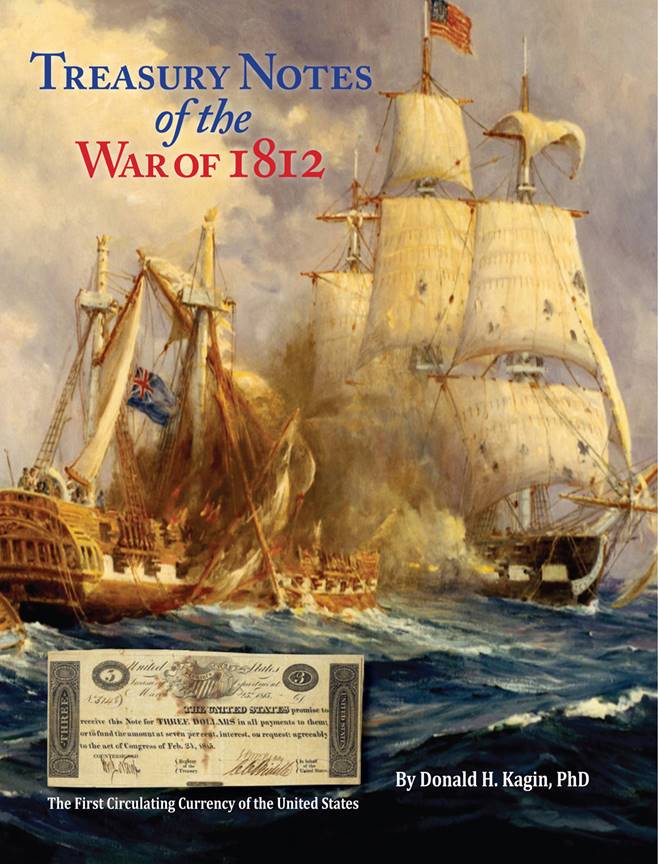 This 52-page hardbound story and catalog listing of the Treasury Notes of the War of 1812 is the first reference work covering the complete accounting of the first circulating currency of the United States. Related in succinct yet comprehensive narrative, this work tells the story of our fledgling nation’s struggles to finance the War of 1812 against Great Britain, often called, “America’s Second War for Independence.”

This often overlooked but immensely important series of United States paper currency is presented with a dozen tables, over a hundred citations and  references and a complete listing with images of all known issues, types and varieties for the first time.

Please register as a member to check out items.