Thank you Ed. I appreciate the photo's you sent. 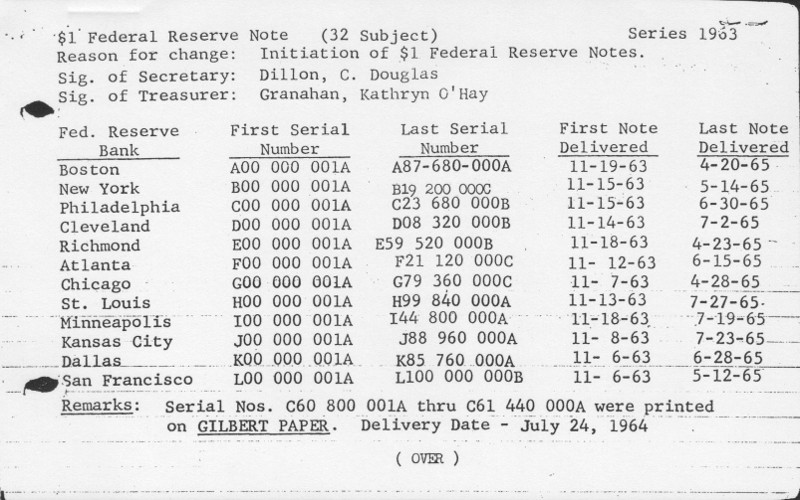 The BEP has extensive records on plates used in the printing of paper money, but I've been unable to find any records on the security paper used. The published figures can be found on page 1 of Robert Azpiazu's Collectors Guide to Modern Federal Reserve Notes Series 1963-2009, published by Whitman in 2011, and at the US Paper Money Info website;

"Later experimental runs were not always so easily detected. One print run of Series 1963 $1 FRNs was produced on experimental paper, but it was not identified by either special serial numbers or distinctive markings. In this case, the BEP's purpose was not to test a different paper composition, but to test the ability of a new supplier, the Gilbert Paper Company, to duplicate the usual currency paper. The notes involved in this test were numbered C 608 00001 A through C 614 40000 A. No additional paper was ordered from the Gilbert Co., but the option was left available in case the BEP's usual supply of paper was ever interrupted."

If you have any additional information concerning US Currency printed on Gilbert Paper Company security paper please contact me. 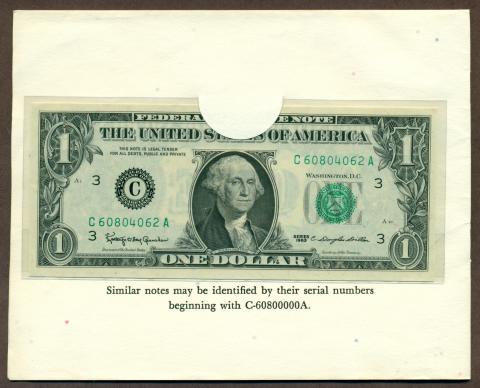 Just a reminder that I’m